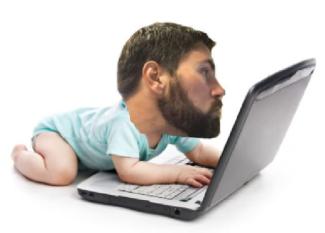 Beginner Budgeting Mistakes and How to Avoid Them

Dave Ramsey is famous for saying, “If you don’t control your money, the lack of money will control you.” The most basic way to begin taking control of your money is to devise a budget. Many people who set out to live by a budget give up fairly quickly the first time they get frustrated by the process or by something they didn’t think to plan for.

To help you avoid that kind of frustration, here are seven common budgeting mistakes and how to avoid them:

1. Making things too complicated. When I first started budgeting, I tried to break everything down into micro-categories. Instead of a general food budget, I had subcategories for coffee, sit-down restaurants, fast food, and more. Budgeting like that is not necessary and takes up enough brain power that it could make you frustrated enough to be tempted to quit trying to budget altogether. Don't overthink the minutia.

2. Not having savings - emergency and/or retirement - as a line item in your budget. Many people figure up how much they need for the necessities and then decide how much of whatever is left over they will save and how much they can spend on things they want. But saving should not be the last thing on your list. It should be a primary expense included in your budget, just like living expenses. Determine what you need to save first, and then you can decide how much you can earmark for discretionary spending.

3. Adopting "canned" budgeting formulas. It used to be that ideas like the "50/30/20" rule were popular: designate 50% for your needs, 30% for wants, and 20% for savings. It sounds easy to do, so some people still like such formulas, but advice like this is outdated and may not have been sound in the first place, so beware.

4. Not tracking your transactions frequently enough. Checking your bank balance and your transactions at the end of the month is a common practice, but you should do it more often. At that point, your spending is what it is, and if you've overspent in one area, there is nothing you can do about it. I recommend you review things weekly at a minimum, but tools like Mint.com make it easy to check up on things daily so you can make course corrections throughout the month.

5. Forgetting about regular, one-time annual expenses. When my wife and I set up our first budget, it had everything we spent in a month in it, and it was an awesome budget! But then I got some little white cards in the mail telling me it was time to renew our car tags. We had to do some scrambling to make room for $400 in that month's budget. For any annual expense like car tags, property taxes, or vacation, divide those yearly expenses by 12 and include that much in your monthly budget.

6. Lack of communication between the budget keeper and the rest of the family. If you are the person who's tracking expenditures, but the rest of the household doesn't know what's going on, they probably will not be aware of how what they are doing themselves is affecting the family budget. Mint.com and other apps have features to set up personal allowances so each member of the family can track how much they've spent and how much they have available.

7. Giving up when you don't get it right the first time. Sometimes people set up a budget, but don't get the hang of following it immediately, and think, "Well, I messed it up, so I guess I can't keep a budget." That's not true - budgets are for everybody, but just like everything else in life, they're easier for some people to pick up than others. Understand from the start that it takes time to come up with the optimal budget. You are going to make mistakes, but you only fail if you give up. Keep making corrections as needed, and before you know it, you'll have a budget that empowers you with complete control over your money.