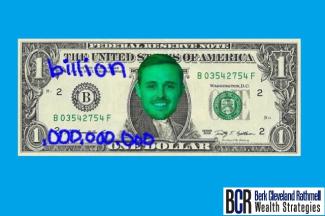 I recently received counterfeit bills in change from the grocery store.  Someone had gone to a lot of trouble to paste a “5” over the “1s” at the corners of the bill.  I thought it seemed like an awful lot of work and a lot of jail time to do (if you get caught) for only four dollars! Turns out, it’s actually common practice.

The Secret Service, the agency responsible for investigating counterfeiters, confirms that criminals counterfeit in small denominations because people don’t pay attention to small bills.  That makes them easier to pass off to cashiers who are in a hurry to move customers and diminish wait lines.  It’s so common, my banker friends tell me, that banks teach tellers to count money by the face on the bill rather than the corners.

If you have counterfeit bills

If you have fake money, you are supposed to turn it in to a bank, but you should do so knowing that they will not exchange it for real cash.  Once in hand, the loss is, unfortunately, yours.  Your best line of defense is to be vigilant in checking any cash given to you.

If you ask a seasoned bank teller for tips on spotting counterfeit money, the first thing they will tell you is that most counterfeit money feels “off.”  This is because our mint uses a special blend of paper made from cotton and linen rather than wood pulp.  The result is a paper that feels and behaves differently from every other kind.  It’s so durable that it would take 4,000 double folds to tear a bill!  For criminals, it’s incredibly hard to source its equal.

But you can still get a counterfeit bill that’s printed on genuine currency paper.  Sophisticated criminals have developed a technique of bleaching the ink from real dollar bills and re-printing them to create a bill of a higher denomination.  Since these notes will pass the counterfeit pen test, the government has gone to great lengths to incorporate watermarks, color-shifting inks, microprinting, red and blue fibers throughout the paper, note positioning, and a number of other features to make them more difficult to counterfeit.

Security threads which can be detected using an ultra violet light are present on newer $5, $10, $20, $50, and $100 bills. The thread is placed in different spot on each denomination to help identify bills that have been tampered with to create a higher amount, although the smartest criminals are finding ways to mimic even this.  At least one counterfeit ring in Peru has even developed a method for faking the security thread on $100 bills!  Since older bills lack the security thread and many of the other security features of newer currency, they are much easier to counterfeit.  Many of these are still in circulation, so be especially cautious with them.

The US Currency Education Program provides comprehensive information about how to inspect bills for the proper security features, including a downloadable quick reference guide.  It might be a good idea to check the site periodically for updates since the best counterfeiters are constantly finding ways to get around even the most difficult-to-duplicate features.