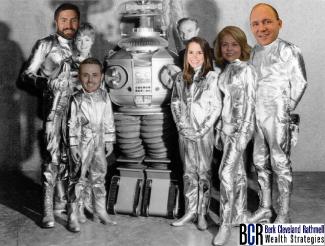 Danger Will Robinson Danger!: Be Careful With Your Tax Cut

While you can debate the long-term effects on society of a major reduction of government income, it is hard to argue that individuals will enjoy paying less in taxes in the short-term.  Many who analyze the bill nicknamed The Tax Cuts And Jobs Act, believe that around ¾ of Americans will pay less in Federal income taxes in 2018 than they did in 2017.

It is worth noting that households that generate large amounts of income will take home even more in additional dollars than middle and lower class households.  Many of you that read our blog can expect a substantial reduction in taxes.  The IRS is working hard to create new withholdings calculations that will likely go into effect sometime in February to adjust take-home pay in your W-2 income.

Again for those of us that will take home more, it seems like a great thing to have more money to spend, but I have a major concern for the lifestyle impact on American families.  Both George W. Bush and Barack Obama provided income tax reductions intended to increase spending.  While most households spent the additional money, history shows us that they didn’t notice or realize the increase in their take-home pay.  That is because most people spend what hits their checking account when it comes in and don’t plan where their income is going.

Let’s look closer at The Tax Cuts And Jobs Act and notice that if no changes occur between now and December 31, 2025, most of the individual tax changes will expire.  The expiration will bring back 2017 rates without many of the deductions that many of us use today.  If that occurs, you will likely go from lower taxes for eight years to higher taxes than you had in 2017 overnight.

Play with this calculator and you will see the average high-income household can expect to bring home more than $1,000 of additional take-home pay EVERY MONTH in 2018-2025.  Sounds nice until you remember that:

Imagine if today you had to come up with more than $1,000 per month for new taxes.  Where would you cut?  What would your family be willing to give up?  If American households have incorporated the tax cuts into their lifestyle in 2025, they will struggle to figure out what they are willing to cut to pay the increase in 2026.

NOW IS THE TIME to actively plan your spending and savings to take advantage of the tax cuts and not fall prey to this foreseeable trap in the future.  You can estimate your tax savings a few different ways.

Take one or more of those estimates and decide if you’re going to increase your savings by some or all of it.  Don’t wait until the end of the year to see if you have that much more in your checking account.  As your paychecks come in, take the savings amount and redirect it to:

By taking these actions, if (and in my opinion when) taxes go back up, you have benefited by more than a short-term lifestyle increase and know exactly what you are going to stop doing to pay the additional taxes.