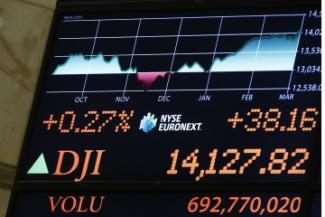 Dow Reaches New Heights: What Does It Mean?

The S&P 500 and the Nasdaq also rallied. The S&P 500 was within 2 percent of hitting its record close of 1,565.15, also achieved in October 2007. Stocks were boosted by positive economic reports from abroad - namely Europe and China - and an Institute for Supply Management reading that beat expectations.

The new record caps a long comeback for the Dow that started in 2007 and is more than double the March 2009 low of 6,547.05. While this is an exciting milestone in the country's economic recovery, it's important to remember that it's just a one-day number. We encourage you to remain focused on your long-term goals.

Please call if you want to discuss the markets, your portfolio or your overall financial plan. We look forward to hearing from you.