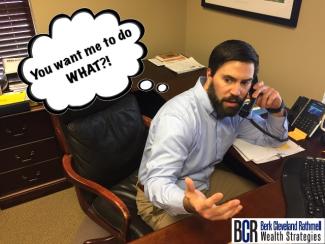 Forewarned is Forearmed: Tax Scams To Watch Out For

Every year the IRS releases its annual “Dirty Dozen” list of tax scams, and it should come as no surprise that the list indicates fraud of all kinds is on the rise.

The closer we get to April 15th, the greater the likelihood you may receive phone calls or emails from criminals who claim to be with the IRS.  With that in mind, it’s a good idea to know how these criminals operate so you can recognize them if you encounter one.

The text listed below is extracted from the “Dirty Dozen” article on the IRS’s website.  Click on the links in parentheses at the end of each paragraph to read an IRS article which further explains each scam and how to guard against it.

Identity Theft: Taxpayers need to watch out for identity theft especially around tax time. The IRS continues to aggressively pursue the criminals that file fraudulent returns using someone else’s Social Security number. Though the agency is making progress on this front, taxpayers still need to be extremely careful and do everything they can to avoid being victimized. (IR-2016-12)

Phone Scams: Phone calls from criminals impersonating IRS agents remain an ongoing threat to taxpayers. The IRS has seen a surge of these phone scams in recent years as scam artists threaten taxpayers with police arrest, deportation, and license revocation, among other things. (IR-2016-14)

Return Preparer Fraud: Be on the lookout for unscrupulous return preparers. The vast majority of tax professionals provide honest, high-quality service. But there are some dishonest preparers who set up shop each filing season to perpetrate refund fraud, identity theft, and other scams that hurt taxpayers. Legitimate tax professionals are a vital part of the U.S. tax system. (IR-2016-16)

Inflated Refund Claims: Taxpayers need to be on the lookout for anyone promising inflated refunds. Be wary of anyone who asks taxpayers to sign a blank return, promises a big refund before looking at their records, or charges fees based on a percentage of the refund. Scam artists use flyers, advertisements, phony store fronts and word of mouth via community groups where trust is high to find victims. (IR-2016-18)

We urge you to pay particular attention to the IRS information regarding phone and phishing scams as these seem to be the most common.  Practically everyone in our office has been targeted by scammers using these methods.  The bottom line is that if you receive a phone call from the IRS out of the blue, it’s not actually the IRS calling.  As IRS Commissioner John Koskinen says, “…if you are surprised to be hearing from us, then you’re not hearing from us.”

For further reading on phone scams, see Justin’s article, “Did I get a legitimate call from the IRS?”