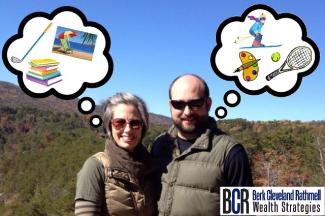 You may have read that women are far more likely to face poverty in retirement than their male counterparts—but you may not realize just how big the disparity is.  In fact, women are 80% more likely to fall into poverty toward the end of their lives, compared to men, according to a 2016 study by the National Institute on Retirement Security.

In an attempt to explain how this came about, the study’s researchers noted that women are more likely than men to engage in part-time employment due to starting a family and staying at home with the kids, and at the other end of their lives, they have much higher rates of caregiving for elderly parents.  Men, on the other hand, can enjoy an uninterrupted work career, where they not only earn more due to working more steadily, but this makes them more likely to receive promotions and career opportunities.

Even if you take away this disadvantage, there’s another one.  During their working years, women earn, on average, 80 cents for every dollar their male colleagues earn—for the same jobs.

But…. Isn’t this changing as we become a more gender-aware society?  Apparently not.  If you look at the accompanying chart, you’ll see that women were catching up to male pay scales from 1979 until about 1993, at which point the gains seemed to totally stall out.  And women still make up 66% of all caregivers for elderly parents.  Even when men provide assistance, the Family Caregivers Council estimates that women spend as much as 50% more time than the men do in caregiving activities. 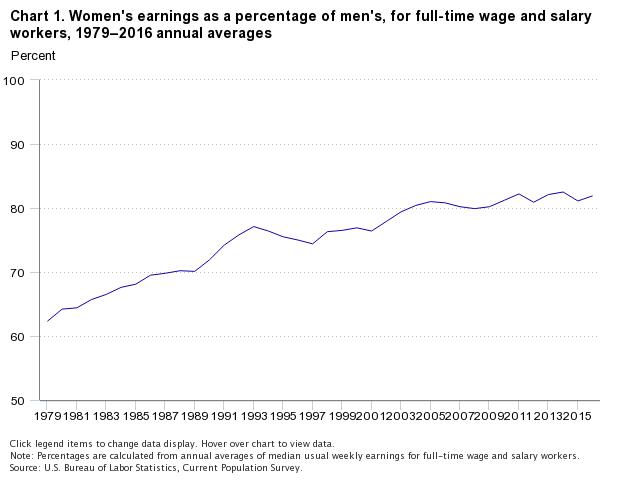 And 2015 data adds that 48% of women above age 75 live alone, compared with less than a quarter (22%) of men at a comparable age.  After caregiving for others, women are less likely to receive it for themselves.

There are three factors that lead to poverty for women in retirement.  First, as stated above, women have fewer resources due to part-time employment, lower earnings and fewer career opportunities.

Second, women have longer life expectancies than men, which means they have more years over which to spread their retirement resources.

It’s important that women have a long term perspective during their entire life to prepare themselves better for financial stability during retirement.

1)    Every year during your “working years," you need to not just look at financially surviving each year.  You have to include the amount of savings that you need to put back for your future retirement and make career decisions accordingly.

2)    Consider the impact of your career decisions on your employer-provided benefits, like 401k contributions and social security benefits.

3)    Prepare yourself for career advancement to earn more in the future.

4)    Make sure you have a plan to get on track to fund your retirement, execute the plan and review it annually based on your accomplishments and your current goals.

The only way to avoid poverty in later life is by the steps you take today to prepare yourself for the future life that you want.

Some of the material above was prepared by Bob Veres Inside Information.