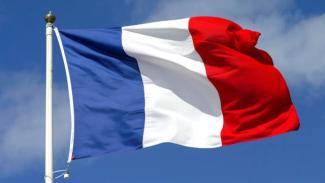 A Message Regarding the Paris Attacks

Many of us viewed the news coverage of the terrorist acts against the city and people of Paris, France, with a mix of horror and dread.  The horror was our conventional response to terrorism, which is the feeling that arises when we ask ourselves how people can think this way.  When we realize that, somehow, there ARE people who think this way, it is so far from our own reality that the realization prompts deep emotions somewhere far on the opposite end of the spectrum from inspirational.

The dread comes from the realization that these aggressions could have happened, and may still happen here in the United States wherever we may be sitting, or whatever concert venue or restaurant we might be planning to enjoy.  We shall soon see a more aggressive approach to this growing ISIS problem that will require tightening of our borders and more intensive surveillance here at home.

Unfortunately, terrorism and attacks on the innocent are nothing new to us and is something that will inevitably continue as time goes on.  As you can see from the chart below, crisis does not necessarily translate into poor market performance.  In each of the 6 examples in this chart, the investment markets have remained resilient.  Speaking of resilience, Paris investors have refused to panic after Friday’s attacks and France’s benchmark CAC 40 Index, which opened 1% lower, actually traded slightly higher by late afternoon on Monday and closed 0.08% below the previous close.  U.S equity markets have increased over a percent today.

ISIS leaders who planned the attacks on Paris believed that this act of terrorism would cause all Western nations to cringe in fear, and back off of their military efforts to contain the new caliphate so it wouldn’t strike again.  We all know that this is nonsense.  The outcome we expect will be a new resolution - a hardening and a coming-together of the Western nations in a display of unification with France.  Nations that were not apt to get involved with the Middle East are now inclined to join an international military campaign that will contain and perhaps completely consume ISIS.  Leaders who previously feared that their citizens would protest the thought of military intervention will now count on additional support for outraged voters.  The short-term future will likely reveal the ISIS attacks on Paris to have been a fatal mistake for those who dream of an Islamic, Sharia-governed caliphate in Syria and Iraq.

This week, we may see the world’s investment markets open and close lower, as the horror of the events in Paris are translated into ambiguity about the world in which we live.  The markets have consistently responded automatically and negatively to threats to our safety, but as 2015 continues through its last few weeks, the wise money tells us that if there are downturns, they are temporary.  Fears that global companies and operations are somehow worth less because blood was shed overseas will prove to be overblown.  More importantly, after the events in Paris, the terrorist organization known as ISIS is about to encounter an opponent more powerful than its leaders have the ability to envision - the resolve and determination of the Western nations.  At the same time, ISIS will have to experience the disgust and disapproval of moderate members of the Muslim faith in the Middle East and elsewhere.

Our world changed over the weekend, but not in a way that affects the long-term value of investments.  The change will be felt most prominently in the failed fantasy of a caliphate whose leaders have made a grave and awful miscalculation, and who are destined to pay greatly for their malicious idiocy.

Some of the information above came from Dimensional Fund Advisors and Bob Veres’s Inside Information.