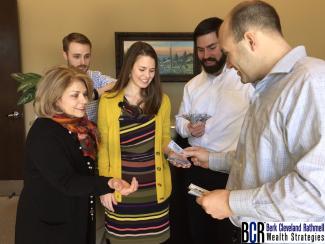 One of the most common questions I hear from people of all ages is, "Should I be paying off debt early?"  Student debt is brought up frequently, as is the idea of paying off your house early and owning it outright.

There are a number of national personalities out there who promote paying off all debt.  Many times, their math doesn't make sense, but the strategy does tend to be a good one if you consider that most Americans will not make the best decisions about what to do with their money if they aren't using it to pay off debt.

There is actually no right or wrong answer to this question.  There is always an answer that makes the most sense mathematically, but for some people, the math alone isn't enough to make them feel comfortable carrying debt.

A look at the math

For example, I currently owe $330,000 on my mortgage.  I am four years into a 30-year fixed loan at 3.25% interest.  So would it be a better financial decision to direct extra funds toward savings or to paying down my mortgage?

If I am at a 33% marginal household tax bracket, the deductions I can take on my income tax effectively reduces my annual interest rate to around 2%.  If I take a dollar and pay it toward principle, I'm reducing the time period I'm paying, but I’m also reducing the tax deductions I can take for the next 26 years.  If I place that dollar in extra retirement savings, long term I should exceed a 2% return by a significant margin.  Thus the math would suggest that I should laugh when I write my last mortgage payment check 26 years from now.

Another factor to consider is that if your mortgage payment is $2,000 today, it's not going to change much over the next 30 years, but with rising inflation, $2,000 might only buy you a nice meal in a restaurant 26 years from now.  Think about what someone who buys the house next door to mine in 26 years will be paying; they may be bragging about what a great deal they got on the house, not realizing that their house payment is going to be five times as big as mine.

Obviously, there are many other kinds of debt.  If you're in a high-interest situation with a loan, it is better to pay it off since you are reducing the expense associated with the debt when you pay it off early.  This is especially true if the debt is not tax-deductible.

The bottom line is that you want to do the math and weigh what paying debt off early will save you versus what putting the extra money into savings will yield.

The “sleep at night” factor

Some people who start out wanting to pay off all debt look at the math and change their minds.  These people can’t sleep at night knowing they’ve made a decision that will cost them more money because it doesn’t make sense mathematically.

For others, “debt” is a four-letter word.  If this is you, then the best mathematical decision may not be the right choice for you.  If you are in a good financial situation and have the money to pay off debt now, but you have reason to feel unsure or insecure about what the future might bring, then by all means, pay it off early.

Pay off anything that keeps you from sleeping at night.  Finances are best used to serve your long-term happiness and success.  If the debt is negatively impacting your happiness now, get rid of it.

When making debt decisions just weigh the math against your sleep-at-night factor and be aware of what your other choices are.  See my good vs. bad debt series for more about your choices.