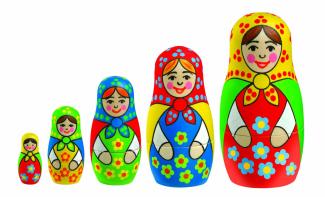 I heard a story a few years ago at an insurance conference about a man who decided he wanted a divorce from his wife.  No, I do not know the details of the divorce, but this man ended up marrying a younger female soon after.  Shortly after they wed, they had a child together.  Three years into his new marriage, the man tragically passed away in a car wreck.  When the life insurance claim was filed, the late man’s new wife was very surprised to learn that she was not listed as the policy’s beneficiary.  Rather, the late man’s ex-wife was listed as the policy’s beneficiary.  As much as the young widow argued with the insurance company, she was unsuccessful in becoming the beneficiary on the policy.  The insurance carrier wrote a check to the late man’s ex-wife, who not only received an instant financial boost, but was able to take early retirement and live happily ever after…

This is a story that sticks with me because it is not uncommon that we see someone having an ex-spouse, estranged or deceased family member listed on a policy. I tell this brief story not to give marital advice, but rather because it is both important, and easy to update and confirm the beneficiaries on your policies on a consistent basis.  This applies not just to life insurance, but also retirement accounts and taxable accounts.  The beneficiaries should be checked and adjusted (if necessary) immediately after a life-changing event.

In some states, particularly community property states (18% of states are community property states), the law does allow a new spouse to contest for a portion of the benefit.  Other states have laws that automatically revoke a listed ex-spouse’s right to claim (unless the policy is part of a divorce settlement) in the event of the insured’s death.  In these states, the benefit would go to a contingent beneficiary, or if no secondary beneficiary is listed, the benefit would go the insured’s estate.  As one can imagine, there have been numerous lawsuits centered surrounding this issue.

Confirming a beneficiary is as simple as a phone call to an investment company, insurance company, or to your financial advisor.  Changing a beneficiary typically only requires a basic form signed by the account’s owner.

While, we cannot control what our lives may hold, we CAN direct how our finances are allocated when we are no longer here.