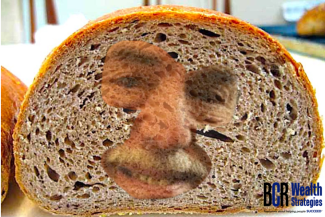 What is a “Safe” Investment?

Consider money you’re putting away for a long term (think twenty years away – say for retirement or a young child’s college expenses) expense.  Often people tell me they don’t “invest” because they’re fearful of losing money.  Of course, such fears are understandable.  What is “fear”?  According to the Webster’s Ninth dictionary fear is “an unpleasant often strong emotion caused by anticipation or awareness of danger”.  Let’s investigate this further.

Usually people mean investing in the stocks and bonds when they say “invest”.  So they feel more comfortable keeping money in cash, a bank or credit union.  This way they “know” their money is safe.  Think about this for a minute.  Inflation is eating away at that “safe” money.  How fast is it eating at your safe money?

Psychologists tell us that losing a given amount feels twice as bad as gaining the same amount of money.  In the long term preserving the number of dollars is a guaranteed loss (due to inflation).  How “safe” does that safe decision feel now?