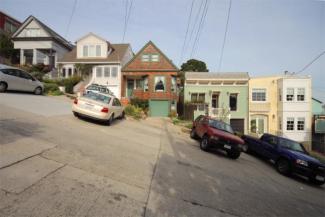 Monetary policy-setting is neither as easy nor as obvious as you might think.  There is a complex interplay between developed nations’ monetary policies, global interest rates and the markets.

What Is Going On?

The Federal Reserve sets monetary policy through its Federal Open Market Committee (FOMC), which includes the Fed’s 7 board members and a revolving representation of presidents of Reserve Banks.

Each year, the FOMC holds 8 regularly scheduled meetings to consider what actions to take, if any. In the days leading up to these meetings, the financial media often reports on expected outcomes as if they were a done deal, and markets seem to respond accordingly. In reality, until the FOMC meetings actually take place, no one knows exactly what the outcome will be. We saw this in September of this year when a widely anticipated rate increase did not take place. Earlier this month, a rate hike was again widely predicted, and this time, the predictions happened to be correct.

The FOMC usually has a number of options to seek balance among the competing demands of the economy, but as the federal funds rate stayed at zero, the options narrowed down to raising or not raising the rate.  This became the media’s central focus for recent FOMC meetings. Depending on the media report, an increased federal funds rate could bring anything from a global remedy, a great curse, or a non-event in the markets.

Understand that the only interest rate the Fed has direct control over is the U.S. federal funds rate, which is the rate at which depository institutions (mainly banks) lend and borrow overnight funds with one another.

There is not a consistent cause-and-effect relationship between federal funds rate movements and other yields-based financial instruments such as U.S. or international fixed income funds, interest-earning accounts, mortgages, credit cards, etc.

What Should You Do?

As with many cases of global economic events over which we have no control, it is important that you stay informed.  Only act on factors that you can expect to manage within your personal investing.

Even though you probably can’t do much to personally affect what the Fed is going to decide about interest rates in the future or how the global markets will respond, there is a lot you can do to help or hurt your own investment interests.  Recognize that changing interest rates can impact many levels of your wealth: saving, investing, spending and debt.

If you currently have a solid financial plan, don’t abandon it in quick reaction to breaking news. If you do not yet have a well-built plan and portfolio that guides the way, personalized financial planning is a good idea in all situations. Put this Fed story and other worldwide events into the context they deserve.  It will help you make informed judgments about how they relate to your own interests. The goals are to:

These are the factors that matter in your life and over which you can exercise the most control – for better or for worse.

Click here to read Justin's previous blog on the Fed from September 2015.

*Some of this material above was prepared by Wendy J. Cook Communications