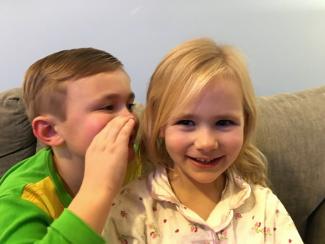 Who Should You Listen to For Your Investment Advice?

Whether at a social event or in a client meeting, we regularly get questions about the best place to invest in the moment and the right places to consume investment advice.  The current market conditions create a perfect time to discuss this.  Many people are nervously watching the beginning of 2016 and considering adjustments in their investments.

While the market correction is enough for some people to lose sleep, these periods can become more volatile when the media latches on to an alarmist who increases the anxiety of the public.  Today’s example is Royal Bank of Scotland analyst Andrew Roberts, who has been widely-publicized with the rather alarming prediction that the global markets “look similar to 2008.”  Mr. Roberts is also predicting that technology and automation are set to wipe out half of all jobs in the developed world.

When you’re in the middle of a panic and people appear to be stampeding in all directions, it’s hard to realize that there is no actual fire in the theater.  Yes, in the stock market you can point to panic, such as oil prices being down around $30 a barrel, the Chinese economy showing weakness and concerns about the status of junk bonds. However, each of these factors are known to the market place and have already affected prices.

If you can think above the shouting and jostling toward the exits, you might take a moment to wonder about some of these panic triggers.  Are oil prices going to continue going down forever, or are they near a logical bottom?  Is this a time to be selling stocks, or, with prices this low, a better time to be buying?  Are China’s recent struggles relevant to the health of your portfolio and the value of the stocks you own?

When deciding where to get your investment advice you have to know more about who you can listen to.  What do we know about the RBS analyst who is yelling “FIRE!” in the crowded theater?  A closer look at Mr. Roberts’ track record shows that he has been predicting disaster with some regularity for the past six years—rather incorrectly, as it turns out.  In June 2010, when the markets were about to embark on a remarkable five year boom, he wrote, “{w}e cannot stress enough how strongly we believe that a cliff-edge may be around the corner, for the global banking system (particularly in Europe) and for the global economy.  Think the unthinkable,” he added, ominously.    (“The unthinkable,” whatever that meant, never happened.)

Again, in July 2012, his analyst report read, in part: “People talk about recovery, but to me we are in a much worse shape than the Great Depression.”  Wow!  Wasn’t it scary to have lived through a 3.2% economic growth rate in the U.S. the following year?  What Great Depression was he talking about?   Taking his advice in the past would have put you on the sidelines for some of the nicest gains in recent stock market history.  And it’s interesting to note that one thing Mr. Roberts did NOT predict was the 2008 market meltdown.

Knowing his history, I personally consider Mr. Roberts’ predictions to be similar to standing at a roulette table in a casino and saying “It is going to land on 0” before every spin.  Of course, he knows that if he says it consistently he is likely to get it right at least once before his night is over.  If given the choice most people would choose to bet with the casino itself than take on such a strategy.

My advice is to listen to the academic research on investing.  Continuing my analogy, it would be like betting with the casino (the market) rather than against it.  Names like Harry Markowitz (Nobel Prize Winner), John Bogle (founder and retired CEO of The Vanguard Group), and Eugene Fama (Nobel Prize Winner) are just a few of the names that I would tell you have (many times literally) written the book on investing.  Collectively, their advice to create an efficient and diversified portfolio, monitor your expenses, rebalance, don’t try to outguess the market and stay the course has shown to provide the return that you deserve for providing liquidity to the market.

Whether you are in a period when stocks are on sale because people are panicking and selling them just to rush to the exits or calmly marching forward, my answer is to ignore the person grabbing the headlines and get your investment advice from the academics. Consistently,  their research has shown how to invest more like the house.