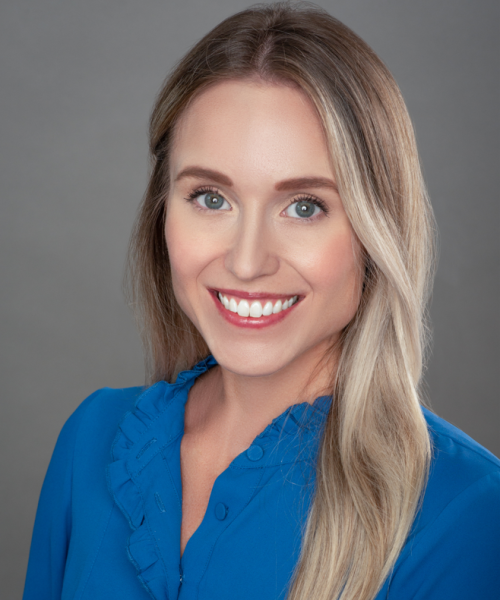 Kim joined the BCR team as Vice President of Administration. She was born and raised in the Birmingham, AL metro area.  Kim graduated from Troy university with a bachelor’s degree in Broadcast Journalism and Advertising/ Public Relations. Upon graduation, Kim began her career in marketing and would later go on to expand her leadership experience in franchising with Birmingham’s largest international QSR franchisor for over 7 years prior to joining BCR.

Kim’s passion for serving others is what drives her leadership focus. This passion led her to Penn State University to obtain a master’s degree in Strategic Management and Executive Leadership. Kim’s diverse background in strategic leadership, as well as her experience leading support and operations teams, helps to promote the BCR team’s passion for helping people succeed in reaching their financial goals.

Kim and her husband Taylor met at Troy University and married in 2011. Taylor is an Associate Vice President – Energy and Construction at AmWins Group. They have two children. Wade was born in 2015 and Madi Ruth was born in 2018. They enjoy spending a lot of time outdoors and making memories on their weekend “adventures” with the kids.

Outside of her work at BCR, Kim served as an inaugural member of the Mountain Brook Chamber of Commerce Jr. Board and served for 2 years as the board’s president. She also has served on several other non-profit Jr. Boards in Birmingham as well as serving as a member of the Birmingham Junior League.