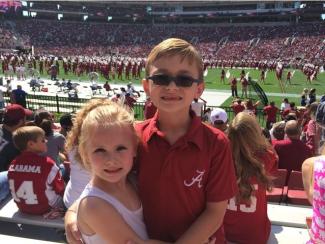 Have you ever turned on ESPN or Fox Sports before the season even begins and gotten an earful from a commentator who is sure he knows which team will be winning the National Championship? They are touting the latest hot team, which players the team has returning, and what they have accomplished recently. The commentators talk about which teams will compete and the order in which the teams will face one another. By the end of the show, it seems obvious that the team is such a favorite that a big win this year is inevitable. The commentators’ confidence is contagious. Particularly if the team being favored is the one you happen to love, you may find your own confidence in this year’s odds of a big win increasing. The show ends and you feel really good that this year is your team’s year for sure.

So how much of your net worth, retirement, and kids’ education funds will you bet on that team to win it all? The “experts” on television are telling you it’s a sure thing. It seems to be a safe bet, and the odds-makers will pay you more than your wager. Considering all of this, why aren’t you living in the lap of luxury, counting the millions you’ve made from your sports bets?

These questions are silly, of course, but the reality is that a significant number of investors gamble their savings in just the same manner as they invest in securities markets.

For most of us, the reasons we don’t bet large sums of money on college sports have to do with the unpredictability of the future. Even if a team looks unbeatable heading into the season, most of us know that injuries, overlooked underdogs, and overrated teams can change everything. These risks are magnified when it comes to active management in securities markets. The future of an individual security has just as many—if not more—variables and unknowns than a college football team’s end-of-season record.

No need for you to waste your time on National Championship predictions, though. Everyone knows Alabama is taking home the crystal football this year!