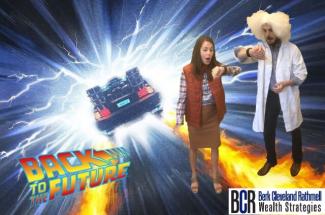 The Financial Future of Generation Y

There is no shortage of opinions on the financial future of Generation Y, or millennials. On the one hand, you’ll hear that our future is doomed at worst and bleak at best, due to some factors within our control and some without. On the other hand, you’ll hear that it’s really not so bad, that we are more innovative and educated than any generation that came before us.

To argue the negative, it appears as though Generation Y is up the creek without a paddle. As millennials, we have faced a staggering unemployment rate, unaffordable housing, an erratic job market, proliferating student loans and lower salaries. If you were part of the unlucky who graduated during the Great Recession, you faced minimal job opportunities for significantly less compensation. In 2007, more than 50 percent of college graduates had a job lined up, compared to less than 20 percent for those who graduated in 2009, and for every 1 percent uptick in the unemployment rate in the year you graduated, you faced a 6 to 8 percent drop in your starting salary. A problematic career start like this can have lingering negative effects for years to come.  On top of that, where is a hefty portion of your income going? To student loans. The total student loan debt in the United States has reached $1.52 trillion. A millennial in a minimum wage job now has to work nearly 15 times as many hours as a Baby Boomer to pay for four years of a public college.

Now that we’ve covered the depressing statistics, let’s talk about the positive. Many of the challenges listed above have caused millennials to think outside the box and educate ourselves on how to achieve a better financial future. Hard lessons have been learned by witnessing one of the worst financial meltdowns in US history, and our generation is now budgeting and saving more than any generation before us. In general, we have a realistic picture of retirement and what it takes to get there. Half of millennials believe that social security won’t exist by the time we retire, and they are also willing to work longer to make their retirements savings last longer. This generation is more educated than any generation before, and their ability to innovate could position them for a promising future.  Millennials are also more likely to live with their parents and start families later to get their finances in order before having responsibilities that other generations had right out of school.

Ultimately, the financial future of generation Y will be determined by a myriad of complicated factors. Like generations before, we certainly face challenges outside of our control, but we also have the power to make the best decisions we can with the cards we have been dealt. Here are a few important steps millennials can take now to position themselves for a better financial future:

1. EMERGENCY FUND – Build an emergency fund. Life happens and it seems as though when it rains, it pours. The first step you should take is building a healthy emergency fund to be able to cover emergencies in cash when they happen, so you don’t go into credit card debt. If you’re a single-income household, have six months’ worth of living expenses saved. You can afford to drop that number to three months if you’re a dual-income household.

2. INVEST – Invest early and often. Being in the market and staying in the market (meaning participating in its natural fluctuation) beats not being in the market at all. Market risk is one reason why some people hesitate to invest, but you end up exposing yourself to inflation risk as the odds of outliving your assets increase. Although retirement may seem far off, we should be working toward it right now by making our money compound for the next 60 to 70 years. Because of compound interest, the most important dollar you’ll ever invest is your first one.

3. LIVE WITHIN YOUR MEANS – This is one I’m sure you hear a lot, but it’s true and vitally important. If you don’t have the cash to pay for it, you can’t afford it. Taking on “good debt,” such as student loans or a mortgage, is one thing, but don’t take on debt beyond strategically appreciating assets like these. The interest rates on credit cards can be astronomical, and people can spend years trying to dig themselves out of revolving debt. Learn to manage your cash flow and live within your means.

4. BUILD A CREDIT HISTORY- As I mentioned above having a balance on a credit card can do significant damage to your future but that doesn’t mean you shouldn’t run something on a credit card and use the cash you have to pay it off at the end of the month.  I have met with millennials that have too much fear of debt and will have problems later from having such a limited credit history.  If you can stay disciplined and not roll balances from month to month, it is nice to build the credit history and achieve the reward of positive credit history.

National Center for Education Statistics. Calculations based on tuition for four-year public universities from 1973-1976 and 2003-2006