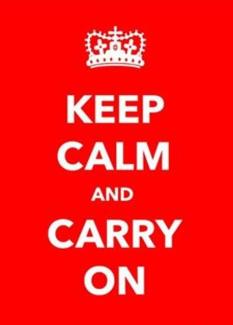 A Message About Brexit

Believe me, we get it. After yesterday’s Brexit referendum and its startling outcome, it’s hard to view today’s news without feeling your stomach twist over what in the world is going on. Whenever the markets scream bloody murder, your instincts deliver a sense of unrest ranging from discontent to desperation.

So, first, take a breath. Now another one. Next, remember that there is a fine line between remaining informed about global goings on, versus letting an onslaught of news take over your brainwaves and trick you into rash reactions.

One important thing to understand is that the current market disruptions represent an emotional roller coaster, an immediate panic reaction to what is likely to be a very long-term, drawn out, ultimately graceful accommodation between the UK and Europe. German companies are certainly not 7% less valuable today than they were before the vote, and the pound sterling is certainly not suddenly a second-rate currency. When the dust settles, people will see that this panicky Brexit aftermath was a buying opportunity, rather than a time to sell. People who sell will realize they were suckered once again by panic masquerading as an assessment of real damage to the companies they’ve invested in.

Another important thing for everybody to remember is that the quick-twitch traders and speculators on Wall Street are chasing sentiment, not underlying value, and the markets right now are being driven by emotion to what is perceived as an event, but is really a long process that will be managed by reasonable people who aren’t interested in damaging their nation’s economic fortunes. Nobody knows exactly how the long-term prospects of Britain, the EU or American companies doing business across the Atlantic will be impacted by Brexit, but it would be unwise to assume the worst so quickly after the vote.

But you can bet that, long-term, everybody will find a way to move past this interesting, unexpected event without suffering—or imposing—too much damage. Meanwhile, hang on, because the market roller coaster seems to have entered one of those wild rides that we all experience periodically.

As a fiduciary, we’re all in on safeguarding our clients’ best financial interests. Whether you are currently a client or not, we remain as here for you as we ever have. Please let us know if there are any questions we can answer about the unfolding news.

*Some of this material above was prepared by Wendy J. Cook Communications and Bob Veres’ Inside Information.